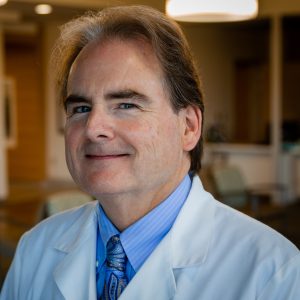 Dr. Bindrim was born in Pensacola, Fla., and moved to Long Island, N.Y. at the age of six. After earning a B.S. in Psychology from Arizona State University, Dr. Bindrim attended New York Medical College where he earned his M.D. degree. He completed his Internship and Residency in Internal Medicine at Wilford Hall Medical Center in San Antonio, Texas. While serving in the Air Force, Dr. Bindrim was an Internist at Eglin AFB, before completing his Gastroenterology fellowship at Wilford Hall Medical Center. He also completed an additional year specializing in liver disease, to include liver transplantation, at the University of Nebraska Medical Center.

Dr. Bindrim concluded his military career by returning to Wilford Hall Medical Center, where he served as Medical Director of Liver Transplantation as well as a staff gastroenterologist. Dr. Bindrim spent six years in private practice in North Carolina before joining The Endoscopy Center in the summer of 2005.